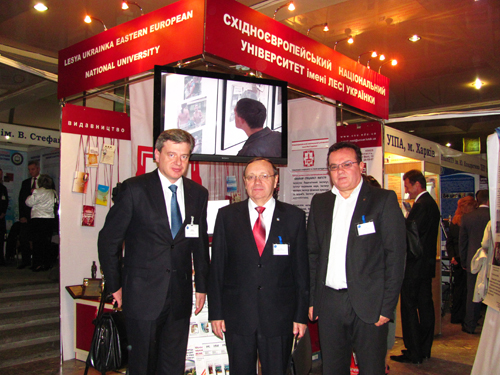 Lesya Ukrainka Eastern European National University is one of the oldest educational institutions of Volyn region, which continues educational traditions established in the seventeenth century by brethren school. Its history dates back to 1940, when the first institution of higher education was opened in Volyn region, Lutsk Teacher’s Institute. In 1951 it was reorganized into Lutsk State Pedagogical Institute, in 1993 – intoLesyaUkrainkaVolynStateUniversity, and in 2007 it was awarded the status of National University.

The University is placed in 15 buildings and structures. There are academic buildings, sports complex, agrobiological station, Archaeological Museum, Lesya Ukrainka Museum, Lesya Ukrainka National University Museum, Museum of Ethnography of Volyn and Polissya, six students’ dormitories, Editing and Publishing Department “Vezha”, a library, a medical treatment and rehabilitation center with a sanatorium-preventorium; the base of practices - camp “Hart” which is located on Lake Svityaz.

Lesya Ukrainka Eastern European National University has the 4th level of accreditation and trains about 15 thousand students in 48 specialties that allows to provide Volyn and neighboring regions with corresponding staff almost completely. 772 teachers, among them 498 doctors and candidates of sciences, professors work at 76 departments, 9 faculties and 7 institutes.

Major directions of the University work include scientific, educational, international, economic and business activities. This work is carried out in accordance with the strategy of the university development adopted for 2007-2012 years, approved programs and internal regulations. 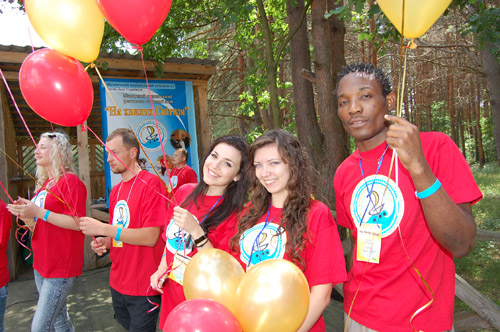 The University motto is “Science will win”, it sets strategic directions of our activity: the organic unity of teaching and research, the process of teaching and scientific research. The task of intensifying of the research component should be put into action in many areas: cooperation with academic institutions NAS of Ukraine, leading universities in Ukraine and abroad, opening science and research institutes, scientific personnel training through postgraduate and doctoral candidacy.

Priority direction of Lesya Ukrainka Eastern European National University’s work is to establish close contacts with foreign universities. Cooperation agreements with universities of Germany, Poland, Belarus, Russia and China were signed. Over 20 well-known universities worldwide, including such famous schools as the University of Warsaw, University of Maria Curie-Skladovska (Poland), Moscow State University named after M. V. Lomonosov (Russia), Volyn Institute of Experiments (Canada), the Goethe Institute (Germany), and others are partners of EENU. This gives teachers and students an opportunity to take course of scientific training, language practice in partner institutes. Every year teachers, students and graduate students take part in the international scientific conferences, seminars and workshops in the United States, France, Norway, Switzerland, United Kingdom, and Canada. University scientists are involved into the development of international cooperation programs within the Euroregion “Buh”. 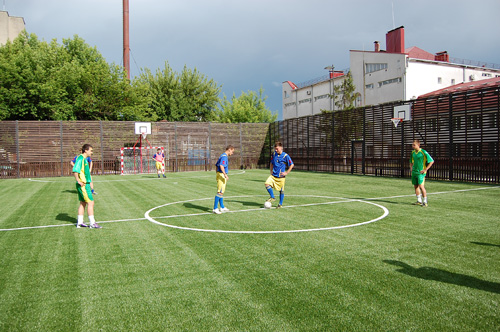 One of the values of University community is the so-called “studentcentrism”, i.e. the focus is shifted towards the students, their needs, improving the conditions of their study. Nowadays students are interested not only in listening and writing, but they want to take part in everything.

In the 2006-2007 all first-year full-time students shifted to the credit system of study. On September, 1 each freshman gets “Freshman Handbook” with his student card, which sets out the basic principles of studying according to this credit system.

Student self-government at the University has the following branches:

Different directions of university students’ work enable the student community to express themselves, to find more opportunities for their development. Student self-government is in evidence in all spheres of EENU life: organization of cultural and artistic events, entertainment events (Forum “Molodohray”, Club for the Lightheaded and Quick-witted, matriculation ceremony for freshmen, University Day, etc.), sport competitions, social scholarships, material and moral encouragement, organization of scientific conferences (“Volyn through the eyes of young scientists”). 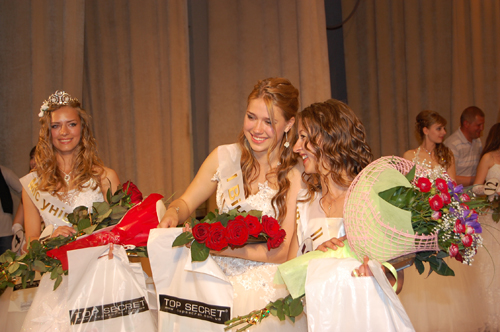 University takes charge of not only offering educational services, but also provides getting a job. Career Center is engaged with the issue of employment, internship of students and graduates.

Nowadays it is prestigious to be the student of Lesya Ukrainka Eastern European National University.

The University is moving forward confidently, constantly introducing the latest technologies, techniques and training methods, adds research capabilities, improves material and technical equipment – and all this for the sake of study and work bring pleasure to students and teachers and profit to state.