On January, 25th, day of birth of Andrii Snitko, the Hero of Ukraine, student at the EENU Institute of Physical Education and Health, a commemorative plaque was installed in Manevychi school No 1. Our student died during the liberation of Ilovaisk.  He never lacked bravery and patriotism. To save his comrades, Andrii fell on a grenade.

Not only his comrades, mothers, fellow villagers came to commemorate the Ukrainian hero, but also representatives of Lesya Ukrainka Eastern European National University — Volodymyr Zakhozhyi, Head of Youth Policy and Social Work Department, Vasyl Voitovych, instructor of Andrii's academic group, Vasyl Pantik, Deputy Dean of the Institute of Physical Education and Health. Together with the students they laid flowers at the plaque. 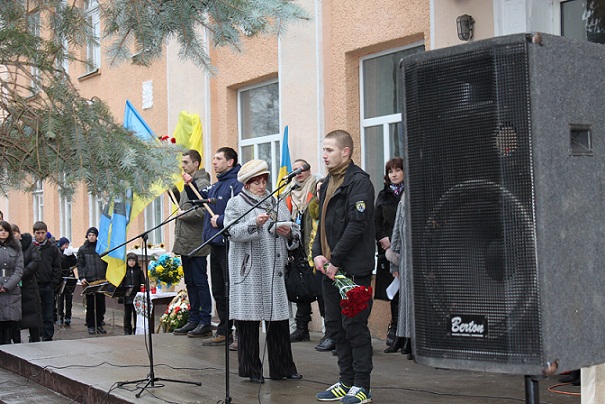 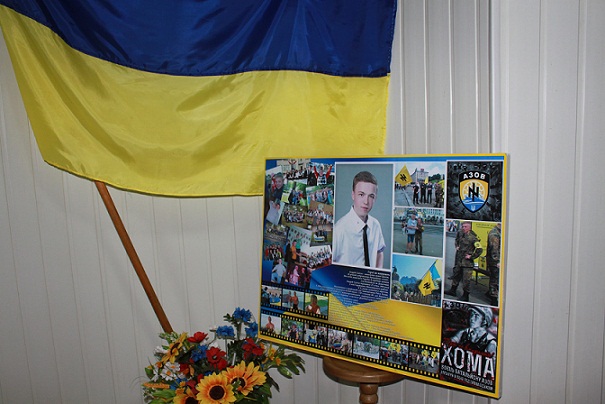 Many kind words were said by his comrades. In particular, his fellow student Yurii Sobchuk, the soldier, who fought for the liberation of Mariupol together with the hero, emphasized that among Andrii’s virtues were extreme modesty, sincerity, humanity, and love to the Fatherland. Andriі Snitko wrote about his love to Ukraine in a school composition. These lines that have become a reality were read aloud by his teacher.

Serhii Denysiuk, another student of EENU, a combatant of the 21st squadron of special purpose patrol service battalion of "Azov" Regiment, was also present at the event. It was Andrii I who saved Serhii from death. After injury and treatment, Serhii Denysiuk returned to the ranks of the Armed Forces of Ukraine, so that we could live in peace and quiet.

Heroes are among us, we just pass by and do not notice them... Remember, owing to their patriotism, heroism and endurance we will win!

Glory to Ukraine — Glory to the Heroes!

Deputy Dean of the Institute of Physical Education and Health

When using this information reference to the source is obligatory

“Science is the Key to Success”: Science Festival Started at the University