Nataliia Kotsan (Burchak): «My father was a special man. There was a wonderful mixture of business, science, private life and leisure inside him»

On July 27, 1931 the Rector of Lesya Ukrainka Lutsk State Pedagogical Institute, social activist, well-known scientist-economist Nestor Burchak was born in the village of Strutyn, Lviv region. Having worked his academic way from a department instructor up to the Institute Rector, he devoted his entire life to the Institute. Beside his official titles, he was also a great family man, a nice father and an empathetic person.

On the eve of his birthday anniversary we are meeting his daughter Nataliia Kotsan. the Head of the EENU Department of International Relations and Regional Studies, Doctor of Geography, Professor. The talk is to cover the personality of Nataliia’s father, as well as the University, its management and prospects for its development.

– My father, Nestor Burchak, was an extraordinary man, educated and interested in all spheres of life, and fully dedicated to his own profession. This unusual nature of him is the reason there is a street called after him, and that so many scientific conferences and public lectures were held in his memory. An artist of Volyn created a painting of my father, where he is depicted sitting in his study. This work of art is in our family archive. First of all, he was a father who cared about family values and traditions most of all. Even a single thought of cheating never crossed his mind. He was a good example for us.

They say, behind every great man there’s a great woman. To what extent does this proverb describe your parents?

– I believe it is about my parents indeed. My father met my mother Olha while they were students and they were completely in touch ever since. They worked together too, at the same Department of Political Economy. They had gentle feelings to each other and they shared hobbies as well; they loved cycling, fishing and hunting. They both liked Ukrainian traditional music and poetry. My mother wasn’t just a wife to him – she was also a friend and an advisor in many situations. In my opinion, every woman plays a big part in the life of her husband, but it also depends on the woman herself, whether she wants to support or to destroy her man. 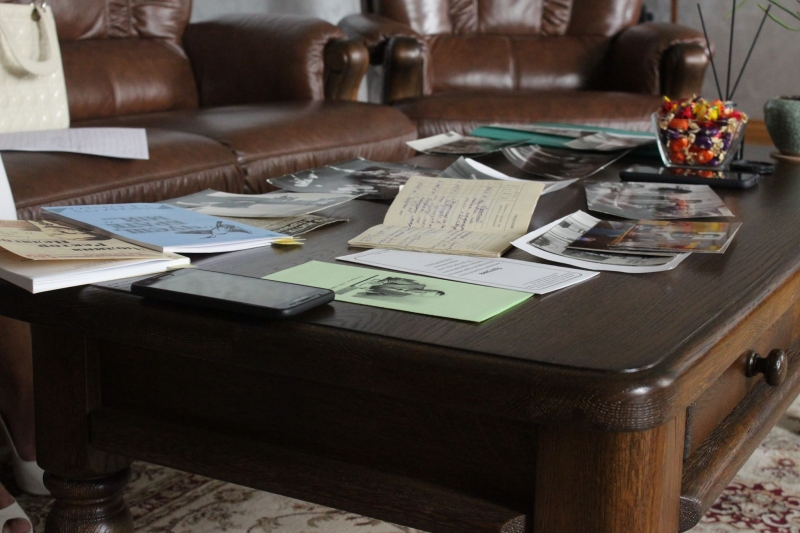 You grew up in the family where education and science on the one hand, and morals on the other one were of great importance. Can you connect the success of your family members to the symbiosis of all these features?

– It’s an interesting question, because success is measured in different ways nowadays. For some people, it is about material prosperity, but my parents viewed family as priority. They cared about their children, and they gave much consideration to their friends, colleagues and the University, too. It is especially true about my father, since he devoted his entire life to this institution.

When it comes to us, children and grandchildren, then of course we are successful thanks to the environment of science we were growing in. All members of our family are engaged in science one way or another. My brother Ihor is PhD in Technical Science and Professor of Lutsk National Technical University. My son and his wife are scientists, too; Roman is Doctor of Political Science and Viktoriia is PhD in Political Science. Their daughter is only learning to read, but she has got everything ahead of her (smiling). This academic streak is in our blood indeed and may really be of assistance on our way to success.

«At that time Lutsk Pedagogical Institute was among the best ones not only in Ukraine,

but also around the whole USSR»

So, did you get your passion for pedagogy and science from your parents?

– Perhaps family plays a big role in passing on family traditions. There are a lot of examples of dynasties in certain professions and our family is one of them. A child witnesses what happens around him and what his parents do. It has a kind of reflection on child’s mind and further choice of profession. My choice was impacted by the fact that at that time Lutsk Pedagogical Institute was among the best ones not only in Ukraine, but also around the whole USSR. It provided with knowledge of the same quality as universities in Kyiv, Lviv, etc. That is why I already knew that I wasn’t going anywhere after school. However, I couldn’t make up my mind about the Faculty to choose at first. This was influenced by my father. I chose Geography, because he always said that Economy was closely related to Economics and Social Geography, and all these fields were essential on the national scale. 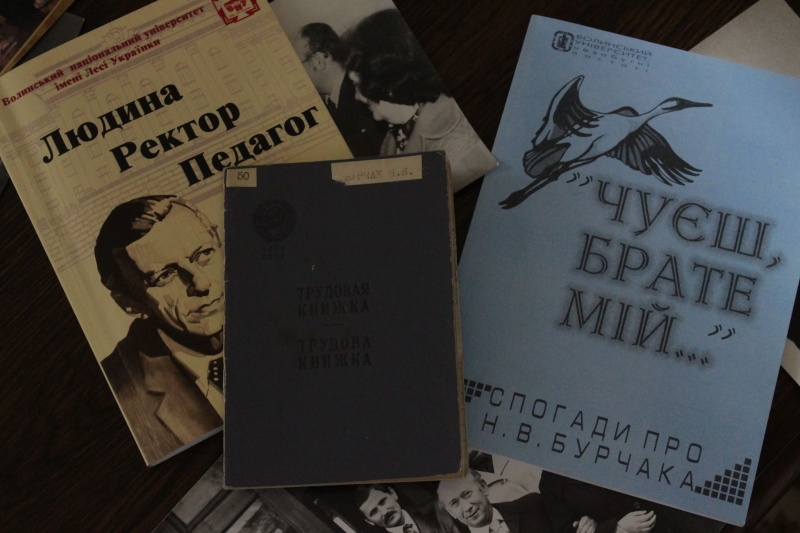 There are many things that children grasp from their parents just casually, apart from those which they are taught on purpose. What were the things that you learned from your father?

– My father was a special person. There was a wonderful mixture of business, science, private life and leisure inside him. Our home hosted many interesting people, from artists to scientists and workers of different professions, so I learned to understand and respect people regardless of their position. I think those examples of tolerance were the elements of experience I got from my father.

I also learned justice from my father. I realized that when one encounters fake people, they need to leave them behind to accept this then as a kind of experience.

I’d like to mention Yaroslav Boliubash’s words (the Head of the Department of Higher Education of the Ministry of Education of Ukraine of that time), who once said that my father valued each moment of his life as if he hurried to leave something good for his family and profession after him. This pretty much answers your question.

Nestor Burchak worked here for 35 years, 9 of which he spent as the Rector. Which main achievements of your father as the Rector can you acknowledge?

–. He devoted his entire life to this University. He only had one institution in his employment record book; having begun with a post of a department assistant, he stayed until he got the post of the Rector. Many improvements were made, from educational work to construction of new buildings and organization of sports and cultural events. I’d like to highlight the foundation of the Laboratory for Academic Basics of High School, the Laboratory of Atlases for School, the Museum of Lesya Ukrainka and the Geological Laboratory, the creation of the artistic group “Rozmai” and of the choir of lecturers, the foundation of the annual local history conference “Past and Present of Volyn” and so on. There was also built the multi-storey laboratory building and there were plans to build a library. A sports and recreation camp “Burevisnyk” already functioned by the lake of Svitiaz (today it is “Hart” base). At that time wooden huts were built there and they remained until 2006.

–Yes, dormitories were priority. In 1982 dormitory №4 was constructed and in 1989 dormitory №6 was built. By the way, my father’s dream was to build a campus for staff and students. It never happened, but I do hope that modern management will be able to do such a thing. 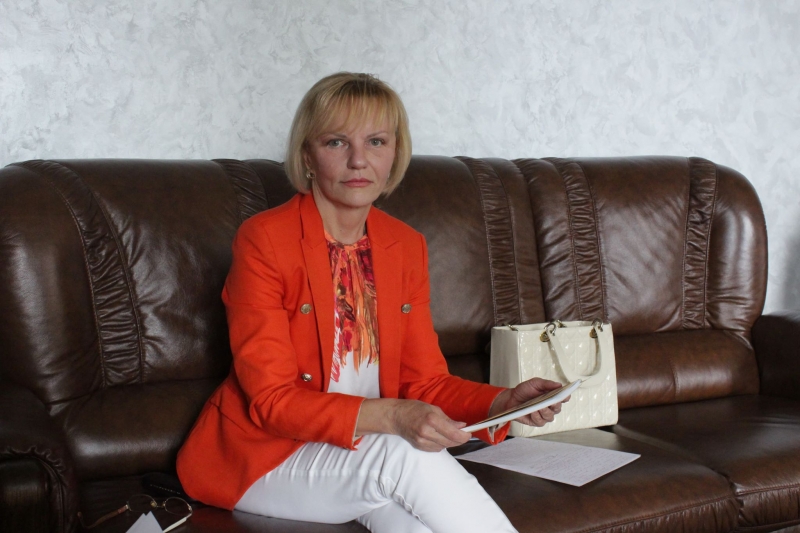 «Nestor Burchak was always ready to help, whenever he had an opportunity to»

As Yevheniia Durmanenko shared to the website “Volynska Pravda”, “the phenomenon of Nestor Burchak lies in the absence of any arrogance at all. He was equally respectful toward everyone from a PhD to a cleaner”. Among other Rectors of EENU of different periods, who do you think shared the same qualities and who was not as impeccable?

–It’s true that he was always ready to help, whenever he had an opportunity to. When it comes to my father’s successors, I don’t want to call names, since we all know how power can change people. I would only like to say that those will be remembered, who never forgot where they came from and who helped them on their way to professional achievements, and those who were able to sacrifice their personal interests in favor of collective ones.

Petro Makh dedicated a poem to your father, where he mentioned what a judge of character your father was. Was it really so?

–Yes, he could see lie and hated all the negative traits of character, but he never stooped to conflicts or fights. An example of how he dealt with complicated situations was mentioned by Professor Leonid Hittik. There was a situation at the Faculty of Geography, where a lecturer was fired for some solid reasons. My father, however, asked Hittik to give her positive references anyway. As we can judge, he still tried to handle conflicts with as little damage as possible.

In his interview for a local newspaper Ihor Kotsan said that the election of the new Rector hadn’t been completely fair and some influence from the outside had been involved. Do you agree with such an opinion?

–The elections in 2019 weren’t easy at all, but certainly no scheming was involved and the staff members made their choice. Ihor Kotsan himself used an administrative resource that could lead to provocations already reported to the media. The election board went to the police and the Ukrainian Security Service, so that the elections could run according to the democratic standards. The services were fairly professional, so I see no point in talking about whatever outside impacts there could be. But yes, the election process was complicated.

«I believe that the University will develop as it should»

You participated in the elections, too. You obviously had your own agenda and your own opinion about the development of the University. In which ways are your ideas similar or different from those of the new management?

Yes, I had my own program based on the analysis of strong and weak sides of the University, the threats and the opportunities. I worked out some prospects. Some of the points coincide with those of Anatolii Tsios; for instance, I rooted for renaming the University back to Lesya Ukrainka Volyn National University. I also mentioned the optimization of the University structure, the reinforcement of technical facilities, the role of students as central figures in the educational process, new personnel policies and democratic management. These are the points that the new management and I shared, so I believe the University will develop exactly as it should.руслі. 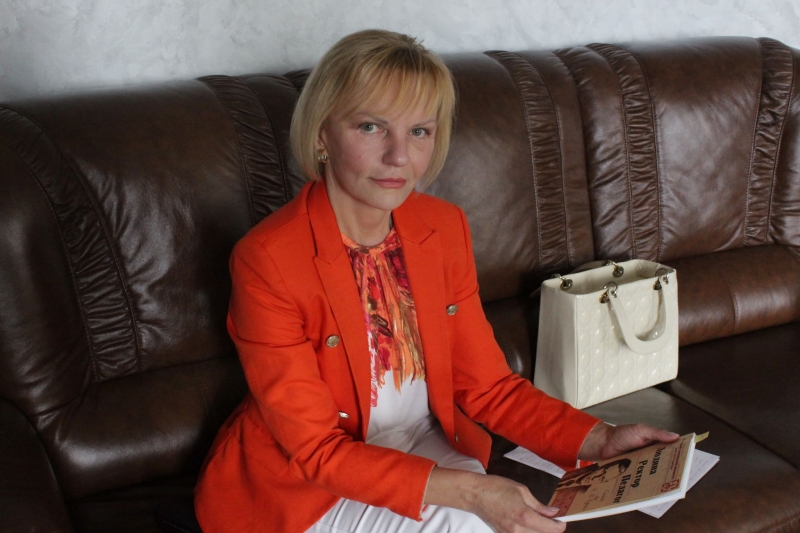 Do you think your father would approve of renaming the University?

–He wouldn’t support the name Eastern European, and it’s not only due to geographical peculiarities. First of all, Nestor Burchak was a patriot of Ukraine and of the University, too. That’s why it wasn’t a reasonable decision to rename the University in favor of some benefits the authorities would get. We had to stand up for the name Lesya Ukrainka Volyn National University, because the old name wasn’t really a problem, when it comes to the integration into the European scientific community. We stood up for that and will continue to. We have to respect our region and our country. We have to be patriots.

What should our University be like for Nestor Burchak to be really proud of it?

–The very moment that the Pedagogical Institute became the University was that his dream came true. Everyone who worked with him remembers how much he wanted the Institute to turn into the University. Since it was his biggest dream, we could say he would already be satisfied enough.

Now, however, the University needs to be competitive among other universities across the country and be in demand among international students as well. Besides, it has to be a scientific and cultural centre with good technical facilities. I think my father wanted unity and responsibility among the personnel as well.